Molecular dynamics is a comprehensive technology that combines physics, biology, mathematics, chemistry and computer science. Molecular dynamics is a set of molecular simulation methods, which mainly relies on Newtonian mechanics to simulate the motion of a molecular system, extract samples from a system composed of different states of the molecular system and calculate the configuration integral of the system. Based on the result of configuration integration, the thermodynamic quantities and other macroscopic properties of the system are further calculated.

Derived from statistical physics (Molecular Dynamics Simulation), the molecular dynamics simulation method refers to the use of a computer to simulate the movement of the nucleus in a multi-body system composed of nuclei and electrons. Each of these nuclei moves in an empirical potential field according to Newton’s law.

Molecular dynamics simulation is the closest simulation method to experimental conditions in molecular simulation. It gives the microscopic evolution process of the system from the atomic level, intuitively shows the mechanism behind the occurrence of experimental phenomena, and promotes our research in a more efficient and economical way. Therefore, molecular dynamics simulation is playing an increasingly important role in the research of biology, pharmacy, chemistry, and materials science.

Molecular dynamics can simulate and record the state changes of biomolecules in the physiological environment to calculate the system energy changes before and after the simulation. For example:

1. Calculate the free binding energy between biomolecules to guide the subsequent optimization and modification of drugs.
2. Simulate the protein folding state.
3. Predict the binding state between the target and the drug, and explore the mechanism of drug activity. 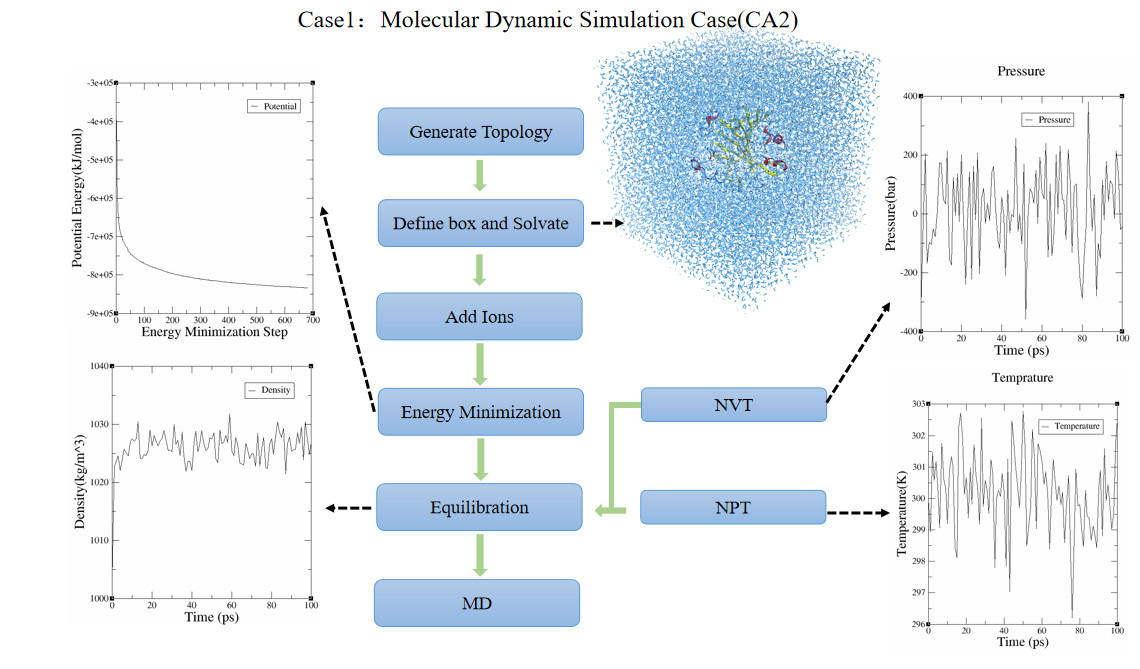